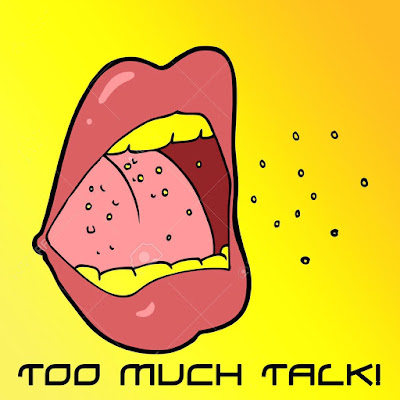 So the first episode of our new show ‘Too much talk!’ premiered on Tuesday! Safe to say it was a totally new experience for all of us here on the team and as such, it was a little bit scary but also a whole lot exciting. We managed to get the first episode on all the planned websites and also managed to get started with our own meager form of publicity and we are totally buzzed at all the twenty or so people who are giving us their support, woah!. (LOL).

But truth be told, the greatest things start small and we are totally psyched by what everyone has to say regarding the podcast, so please don’t forget to comment here or under the iTunes webpage under each relevant episode and we’ll discuss your thoughts in the next. We all had a lot of fun with this first episode and we hope you guys can be a part of it for the next.

The episode started out with a light conversation about the Nigerian economy ( such a depressing topic) and then moved on to talk about the Obama daughters and their recent online shenanigans. Later on, NK brought up the Olympics and I spoke about how amazed I was at the sheer power of the female weightlifters. Good times.

We spoke at length on a whole lot of other topics too, I was particularly impressed by the tenacity of new baby mamas and Bash was having a good time jabbing at Seyi Shays many online gaffes, even though we both admitted to loving her music and maybe even probably having secret crushes on her (Erh-Erhm.)

After that, we spoke on some other topics and generally had a lot of fun. You can listen to the full episode from the download links in the post here, and you can contribute to the conversation by commenting on this post or on the YouTube page. We love you guys and we hope to her back from you next week. Xo.